KINDLE COUNTDOWN DEAL ALERT!
KILLER BUZZ FLOAT: GREATEST HITS, Volume 1 by Kendall Grey is on sale for a limited time! This anthology includes STRINGS, BEATS, and NOCTURNES and is regularly priced at $4.99 (a steal for three full-length books in its own right!).
Here’s the blurb:
Your mother will never forgive you if you read this book …

Letty Dillinger, Jinx Hardwick, Shades Armstrong, Toombs Badcock, and Rax Wrathbone are on a rock ‘n’ roll journey to stardom and COMPLETE sexual freedom. You should avoid tangling with them at all cost. The vile, base language and shocking, unholy sexual acts contained within these pages are grounds for arrest in 52 countries and caning in twelve others (and for you masochistic kinksters who enjoy that sort of thing, they use wet, limp celery instead of those rattan things, just to piss you off). The American Sexcapades Society found that 4 out of 5 Hard Rock Harlots readers who lived to tell about the book were unfit to return to proper society upon finishing. Forget about going to work the next day (Unless you work at a sewage treatment plant–then you might be okay.). Following a ferocious public outcry and repeated (failed) attempts at banning the books, several states set up padded shelters and edible straight jackets for the unfortunate Hard Rock Harlots survivors who can’t shake the nightmares of giant gonads chasing them with 3-headed industrial-strength sprinklers.

Who knew reading could be so damaging to one’s health?

IF YOU VALUE YOUR LIFE, DO NOT READ THIS BOOK! 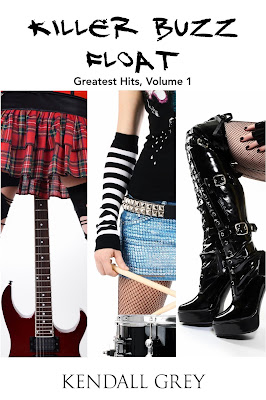